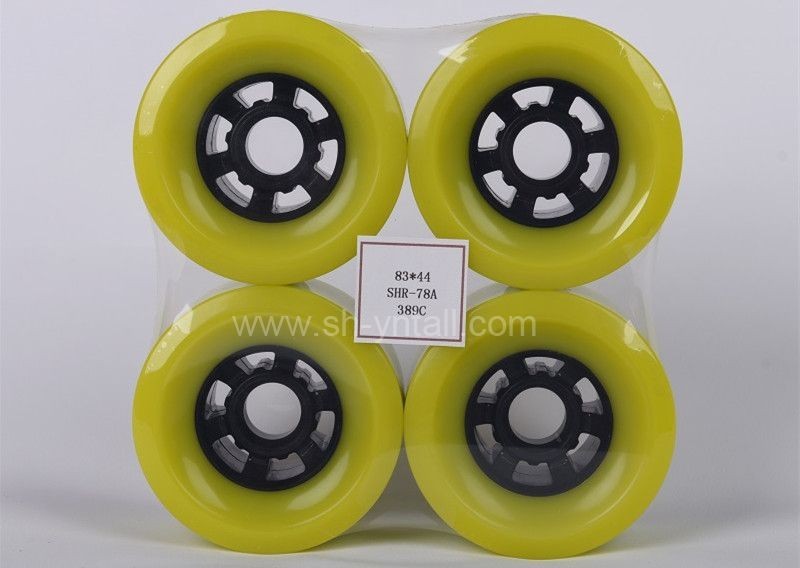 Anyone who has been in a metropolis for a while may have seen a skateboarder walking down the street. It is not always feasible to be able to shuttle between traffic and pedestrians so easily. This work requires special material. One with excellent grip, but is also tough and long-lasting. This material is polyurethane.

In this article, we will focus on the beginning of this transformative material and the applications we use it today.

The year is 1955. North America has emerged from the economic recession, and people have more time than ever to enjoy the fruits of economic prosperity. There has been a boom in the roller skating industry, prompting people from all over the country to go to roller skating clubs.

A group of surfers, usually considered part of the so-called "counterculture", decided to turn their backs on this newly popular pastime to create skateboarding as we know it. Although its origin story is somewhat inconsistent, depending on who you ask, skateboarding began in California and Hawaii in the late 1950s.

Using a set of traditional steel wheels for roller skating and fixing it on a 2×4 piece of wood, the first basic skateboard appeared on the street. They are heavy and cumbersome and tend to lose their grip on the street, and skaters usually like to skate in the pool.

The vibration of the original wheel was severe. Some people experimented with clay composite varieties, but these varieties came and went. For the rest of the decade, the appeal of skateboarding seemed to fade with these wheel experiments.

Polymers will steal the show

However, in the early 1970s, a breakthrough material began to become popular in the industry. This material is called "polyurethane," and a man named Frank Nasworthy quickly noticed this material.

In a short time, he will launch the first polyurethane skateboard wheel to the market. They succeeded immediately. Many people are very interested in the new features of the board made of polyurethane wheels, so they took to the streets to buy a set of these wheels for themselves.

The elasticity of this new material allows it to achieve faster driving speeds and faster rotation speeds without worrying that the wheels will "slip out" like steel wheels that have been common in the past few decades.

By the end of the 1980s, skateboarding had gained a foothold in modern culture. The latest generation of high-hardness wheels are now entering skate shops and have won competitions all over the world.

These smaller, harder wheels have a great advantage in "street" style riding. With the popularity of various new riding styles, the various properties that polyurethane can achieve allow an unparalleled takeover of this industry.

Previous: The History Of Skateboard Wheels

Next: Rising Prices and Shortages Of Chemical Raw Materials