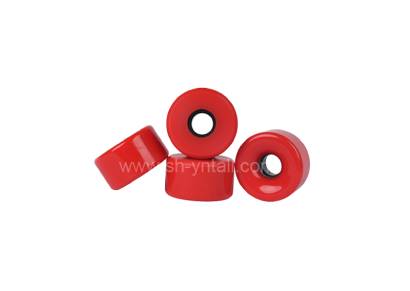 Do You Know the History of Skateboarding? (Part 2)

The "West wind" skateboarding team in Santa Monica, California used the abandoned keyhole pool as a venue for practicing vertical surface skateboarding, and in a while, formed the search for pool heat in California. From then on, skateboarding and surfing are completely separated not only from the equipment and the ground, but also from the personnel, and they have become a rising force. This new army did not get involved in surfing, and delved into skateboarding, and began to develop its own language, skills, clothing styles and music hobbies. Formed a new, city-led skateboarding secondary culture.

In addition, the research and development of skateboard materials has reached the point of being poor. Rigid plastics, aluminum alloys, fiberglass, and even high-tech carbon composites have been used to prototype skateboards. In the end, the lightweight Canadian sugar maple with good impact resistance and shouldered the historical mission of the new generation of skateboard materials.

The polyurethane skateboard wheels that crossed large obstacles, invented by Powell, and Stevenson's patented concave skateboard tail, take the third generation of skateboards to the next level.

In the early 1990s, skateboarding entered a trough. As skateboarding is changing, the skateboard has changed from one end to two, so many actions that previous generation skateboards could not accomplish have appeared. This period is the age of technical tricks in skateboarding. The skaters have invented many new moves. At the same time, in order to make the skateboard easier to flip, the surface of the skateboard becomes narrower and the wheels become smaller. A typical skateboard during this period was only 7 inches wide, while the wheel diameter was only about 39mm. Although such a skateboard is easier to make complex movements, the smaller wheels hinder its gliding performance.

The 2016 International Olympic Committee Plenary passed on the 3rd. Five major events including skateboarding, surfing, rock climbing, baseball and karate entered the 2020 Tokyo Olympics. Since then, the pu pulley for skateboard has become a designated project of the Olympic Games. .

By then, the charm of skateboarding will be shown to sports enthusiasts around the world, and even everyone, in the Olympic arena. I believe that the promotion of skateboarding culture is another milestone.

Next: Do You Know the History of Skateboarding? (Part 1)