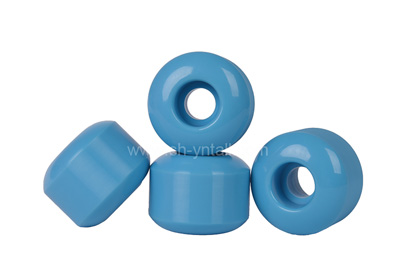 1. The fancy winding is a roller skating project in which flat shoes are used to slide on rows of piles, and various "fancy" actions are made when sliding. Obstacles placed on the ground are called "pile cups", or "pile" for short. The fancy piles are usually single, and there are also double fancy piles in national or international competitions. During the game, a piece of music is played, and the athletes make various beautiful and difficult moves on the pile with the music. Actions are stable, difficult, and artistically expressive.

2. Speed staking is the shortest race time in roller skating. The athlete starts from the starting point and accelerates a distance of 12 meters. After that, he uses a single-legged snake (S-shape) to bypass a row of 20 piles and ends. The competition is the time from the starting point to the bypass (a total of 28 meters). Generally, it can run for 4-6 seconds after a long period of practice. Faster start and faster speed without kicking around the pile. At the beginning, I wore flat shoes when I passed the pile. With the development of speed piles, three-wheel tool holders specially designed for speed piles began to appear. Now in the quick pile competition, the fourth PU wheels and the third round coexist.

3. Fancy braking is a game item in which the braking action is made after the acceleration is started. There are many braking actions, difficult or easy. The degree of stability, difficulty, and braking distance when doing actions are all the basis for judging the performance. In order to make the brakes more stable and the braking distance farther, the wheel tool holders for fancy braking also began to appear. The harder skateboard PU wheels can float farther. The brake tool holder can prevent the two wheels in the middle of the roller skates from touching the ground, reducing the resistance during friction.

4. Battle is a fancy PK around the difficulty of the action.

The participation of leisure roller skating is the most extensive. Children from 4-12 years old, young college students around 20 years old, and some middle-aged and elderly people from 50 to 60 have participated.

Speed roller skating is mainly for children, and there are many middle-aged and elderly lovers in the north (especially the northeast). China's speed roller skating level is relatively low internationally. European and American countries, South Korea, Taiwan, Colombia, etc. are strong countries and regions of the project.

Roller skating is a youth group participation in China. Adults are mainly college students, and the level is constantly improving. Internationally, the United States, Canada, the Czech Republic and other European and American countries have the highest levels, while the Asian regions are Japan, Taiwan, and China.

Next: Classification of roller skating(on)